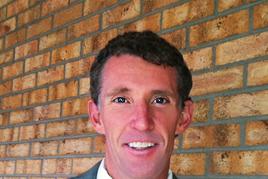 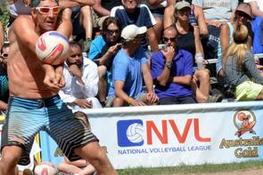 David Smith has competed on the AVP, NVL, German Sand and Indoor Professional circuits for over 15 Seasons, having competed in more than 120 Professional Tournaments.  After having grown up in the Denver area and graduating High School in 1990, he moved to Los Angeles to pursue his dream of playing on the Pro Beach Volleyball Tour.  After graduating from Los Angeles Pierce College and San Diego State University where he played the game indoors, he began to pursue his dream full-time in 1994.  David has over 30 years of experience in the Sport, having played, coached, refereed, ran tournaments and promoted apparel for Beach volleyball Clothing Companies.  He continues to compete on both the NVL and AVP tours, as well as works in Residential/Commercial Real Estate Sales in Colorado and California:

Over the years, I have had a great deal of help in living the dream of being a beach volleyball player.  First and foremost, without the help of my family, I would have never made it for 5 seasons, let alone the 30 Seasons I have been lucky enough to enjoy to this point.  Mom, thank you for all your patience and support over the years, I realize you would have envisioned another path, but your allowing and support of this one over the years has been much appreciated, and in all reality without your help the dream would have died long ago!  My brothers Aaron, Mark and Dan all played volleyball, Mark and Aaron Collegiately and on the Sand, and at various points in my journey were partners, roommates, and invaluable friends along the way. Over the years, I have had many coaches, all of whom have proven invaluable in their teaching the sport and mentorship.  Noteworthy among those are Pat Druggan, who introduced me to what I thought was a “girls sport” at Bear Creek High School in Denver, and who spent countless hours for free teaching us the game, and who has been like a second Mother to me. Ken “Big Daddy” Stanley at Pierce College, where the finer points of the game and toughness were imparted.  Jack Henn/Mark Warner at SDSU, while we may not have always seen eye-to-eye, your teaching methodology and innovative techniques for the game have proven over time to be of very high quality, as it pertains to indoor technique true innovators of our Sport.  Mark Barber and the Barber family, for introducing me to the beach volleyball Scene in Santa Monica in the early 1990’s and the countless hours of yet again un-monetarily compensated hours of coaching I was fortunate enough to receive.  Among numerous memories I will never forget, our weekend one-on-one battles at State Beach, and your moving my brothers and I into Randy Stoklos’ apartment complex without his permission and upon discovery his response being, “who the hell are these guys taking up residence in my complex?!”  Dane Selznick, thank you for the many lesson sessions over the years, your work ethic, precise methodology, and insight into the game are priceless, and have influenced my training and thoughts on the game for almost 20 years.  Last but not least, my girlfriend Summer Mrotek, who has encouraged the publication of this work, as well as having shown infinite patience with my unorthodox lifestyle and habits, having crafted a life together with me of traveling, training and competing.

It is my hope you will find this work useful and enjoyable, and that I have been to some decent modicum of ability been able to pass along the wealth of beach volleyball information given to me by the above and many more influences who were kind enough to share it with me.